The next worldbuilding topic we are going to delve into is countries. If you’re going along in the order I’m presenting the different aspects of worldbuilding (which is not at all necessary) then by now you’ll have a better sense of the land, weather, and animals.

If you have a rough map of the major landscape features, then it’ll be a bit easier to figure out where people can live. Because obviously if your world has an impenetrable forest full of hungry dragons, there probably isn’t going to be a human city right next to it. Or if there is, there’s got to be a very good reason for it. It will also definitely impact how that society functions.

Establishing where your countries are situated within the world is only the very beginning of this topic. How each country is structured and run goes a long way toward setting the atmosphere or mood of your book. It is important to make sure the places your characters live or visit contribute to the story you are trying to tell. A good place to start when creating a country is with its history.

Depending on the purpose of your story, you can either delve deep into worldbuilding your countries or skim the surface. If you’re writing a character driven novel where the characters never leave their town of fifty people then how the countries are run doesn’t matter so much. But if you’re writing high fantasy where the main character’s only goal is to take down the oppressive government, then obviously the reader is going to need to know what’s so bad about that government.

Questions about Government and Politics

Once you have a better understanding of how the different countries in your world function, you should be able to figure out if those countries speak the same language. Knowing where each country is in relation to the others and understanding what connects them will help determine how closely related their languages are.

If you are really eager, you can go ahead and develop full languages for each of your countries. But let’s be honest here, that’s a little on the crazy side. Also, it would probably take longer than writing the actual book. Instead, you should consider some basic questions about language and then use some tricks to let your reader know other languages are being spoken.

So now that you’ve considered these questions, here are some very basic tricks (so basic that I probably don’t have to tell them to you, but I’m going to anyway). You can have a bilingual character who can translate for the protagonist. You can use a different font or italics to indicate to the reader that a translation is happening. Or you can create a few words in the other language to use throughout the book.

How far you go into developing your countries and languages is up to you and should be proportional to your story needs. These are easy topics to get lost in, so remember the goal is to write a book, worldbuilding is simply a step toward that goal.

Are there any other questions about the various countries in your world that you think are important to consider in the early stages of worldbuilding? Let me know in the comments. 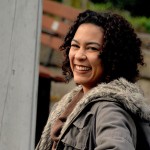